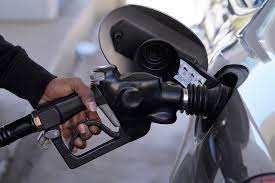 Everybody has a theory about gas prices—and many revolve around who’s in the White House. With gas now averaging an uncomfortably high $4.25 per gallon, many frustrated drivers blame the current president, Joe Biden.

“Gas was $2 or less for all four years the problem [Trump] was in the White House,” an angry reader named Ronald emailed after I wrote that gas prices aren’t quite at record highs when accounting for inflation. “Explain to me why gas prices were out the roof during the Clinton years, the Obama years and now the Biden years. Also factor in that the whole time George W. Bush was in office gas prices averaged around $1.50 a gallon.”

A lot of Biden critics and Democrat-haters seem to think Republican presidents keep gas prices low while Democrats send them higher. In a way, that squares with Biden’s effort to reduce fossil-fuel use and pivot to renewables.

But are gas prices really higher under Democratic presidents? Not by much. To answer the question, you have to analyze gas prices in constant dollars, adjusted for inflation, since the nominal price of many things goes up over time. Adjusting for inflation tells us how much things in the past would cost in today’s dollars.

I analyzed Energy Department data on gas real gas prices, adjusted for inflation, going back to 1976. That tells you the average price of gas, in 2022 dollars, for each of eight presidents going back to Jimmy Carter. Here’s the average for each presidential term since then:

Under Democrats Carter, Bill Clinton, Barack Obama and now Joe Biden, the average gas price has been $2.96 per gallon, in 2022 dollars. Under Republicans Ronald Reagan, George H.W. Bush, George W. Bush and Donald Trump, the average price was $2.84. So yeah, gas prices are higher under Democrats … by 12 cents.

Memories can be faulty. Ronald recalls soaring gas prices under Bill Clinton in the 1990s. Yet among this group of eight presidents, pump prices were lowest under Clinton. The average price was $2.06 during Clinton’s first term and $2.04 during his second term. Trump was next lowest, at an average of $2.74.

The highest average gas price came during Obama’s first term, when prices averaged $3.83, in 2022 dollars. The next highest was under George W. Bush’s second term, at $3.69. So Ronald remembers the relatively high gas prices of the Clinton years but forgets the gas price surge at the end of George W. Bush’s presidency, which was the last time nominal pump prices exceeded $4 per gallon.

This analysis requires a giant disclaimer: It’s foolish to assume any president, Republican or Democrat, controls gas prices. It’s true the Republicans tend to be friendlier toward the fossil-fuel industry, while Democrats push environmental protections and green energy. But many global forces dictate oil and gasoline prices, which are largely set in international markets, not inside any nation’s borders. Plus, the policies set during any one presidential term often take years to make an impact in the real economy, and are sometimes changed when administrations turn over.

In fact, the peaks and valleys in recent gas-price history often indicate external shocks that send prices up or down, beyond any president’s control. The latest price surge is obviously due to Russia’s barbaric invasion of Ukraine and reductions in Russian oil supply resulting from sanctions. That will make the average cost of gas under Biden higher than it would have been without the Russian aggression.

Gas prices plunged as demand evaporated at the onset of the COVID pandemic in 2020, pushing the average price under President Trump a bit lower than it would have been otherwise. There was a surge in oil and gas prices in 2008, due largely to booming demand in China. Then the global recession hit and prices plunged. They rose again during the recovery but drifted down from 2011 through 2016, as the U.S. fracking revolution brought tons of new oil supply online and made the United States the top global producer.

One other factor makes high gas prices less painful than they were in the past: Improved fuel economy. A new car sold in 1975 averaged about 13 miles per gallon. Today it’s about 26 miles per gallon, or double. So a car driven 12,000 miles a year today requires 462 gallons of gas, compared with a 1975 car requiring 924 gallons to go the same distance. At $4 per gallon, the annual cost savings for a typical driver are more than $1,800. Nobody feels like they’re saving money when they fork over $40 or $50 for a fill-up, of course. But gasoline costs were more punishing in the past than many of us recall.